Atelier tao+c Redesigns And Regenerates An Old House Of Wood

Hidden in the deep forests of Tonglu in Zhejiang province, Qinglongwu is an ancient village named after a stream passing through.

An old house of wood structure and mud walls is entrenched along a road in the village, facing the green mountains in the south and east side and a lower courtyard in the north. Commissioned by the client, Atelier tao+c redesigned and regenerated this 232sqm old building by inserting a capsule hotel that can accommodate 20 people, a community bookstore and library into the 7.2-meter high two-stories space.

The biggest challenge to the architects, and the key to the design, is to ensure the privacy of the accommodation area while giving openness and continuity to the public areas within such a compact space. After removing the original floors and partition walls, the architect opened the ground floor for library and open spaces, placed two independent “floating” structure above the open spaces, which will be used separately for male and female guests. Instead of regular floor height, the architect divided the floating mass by 1.35 meters, a height that can only allow people to sit or to lie low, then split and staggered the floor slabs to create an unconventional three-floor space with interesting perspectives.

At the same time, the staggering floor slabs formed a few “double-height” spaces in the accommodation areas, so the hotel guests can still find a place to stand and to walk through, it is also where people’s point of sight is above the floor height. The staggering platforms are intertwined with multiple layers of visual connections, sounds and eye contacts through the two masses, creating a space of floating senses. The split and stacked floors are connected by seemingly thin but stable metal staircases.

The stairs, with only 9 steps for each section, formed a zigzagging route with quick turns, it is in fact quite similar to the paths in the mountains where moments of people’s meandering, ascending, stopping, reading, snooping and resting in the capsules are revealed from time to time. One cannot see the whole space when you are inside the space, but you will be able to capture unexpected views wherever you stop or turn back, to explore the fun of lost and found in this indoor “garden”.

Each of the male and female “buildings” is equipped with ten capsule rooms and one bathroom. The modular capsule rooms of uniformed size are hidden and enclosed by bookshelves, giving more privacy to the accommodation area. The planks of the bookshelf are made from local bamboo, people can still smell the freshness of the bamboo when they are inside. The window of each capsule room was designed to correspond exactly to a compartment of the bookshelf, coming into different layers of eye contacts and voyeuristic views.

What you smell and see in this space are intertwined together to produce an intriguing journey of senses. The idea of “buildings inside the building” blurs the boundaries of various spaces and formed a balance between the privacy of the “floating” accommodation area and the openness of the public space on the ground floor. However, when you are looking at the front of the two “buildings” from the entrance hall, you will find a clear cross-section relationship between the staggering floor slabs, while the capsules on the other sides of masses are aligned with the infinitely repeated modular compartments of the bookshelf. It is where the definitions of inside and outside become relative and the experiences become interchangeable.

The exterior renovation is an extension as well as a reflection on the reorganization of the interior spaces. Based on the vertical programming of the capsule rooms, the architects made restrained openings on the exterior wall to maintain the original simplicity of the building. The new glass windows with wooden frames are naturally integrated with the rammed earth wall and the original old windows in the wall; the grey bricks of the outdoor ground are inconspicuously extended into the interior.

Given the amazing natural landscape at the east end of the building, the architect cut the whole gable wall on this side and embedded a transparent structure of wooden frames and corrugated polycarbonate panels, introducing the green of the mountains and forests into the interior. The openings in the ceiling also bring rich natural lights into the interior spaces. At twilight, the whole building is illuminated by the light from the indoor, and the building itself becomes a lighthouse, offering a slice of warmth to the calmness of the night. Together with the fragrance of bamboos and books, the building has a power of cohesion that brings together the villagers. It becomes part of their feelings and memories, and will further inspire a new future of life to the village.

Photography by Su Sheng Liang with courtesy of Atelier tao+c 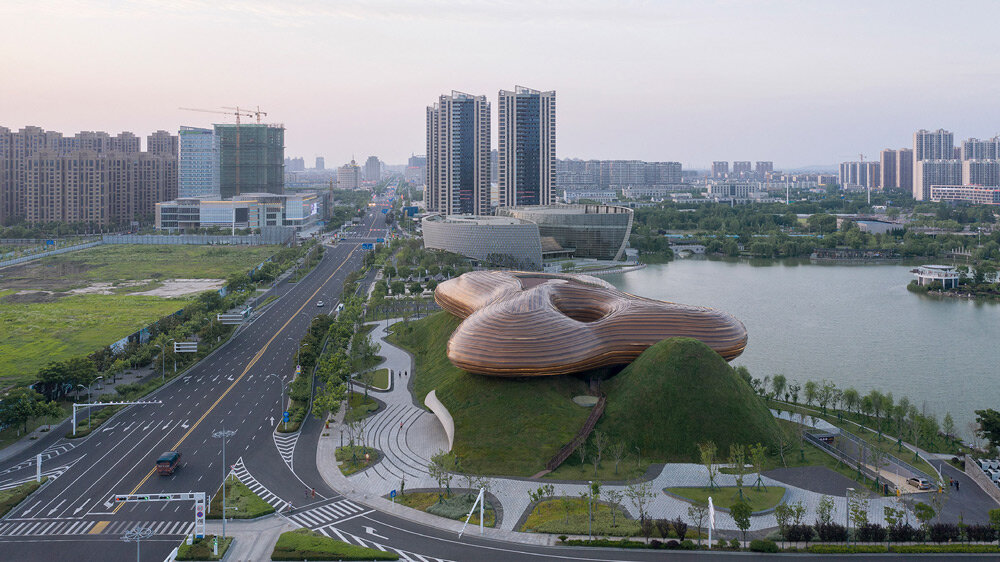 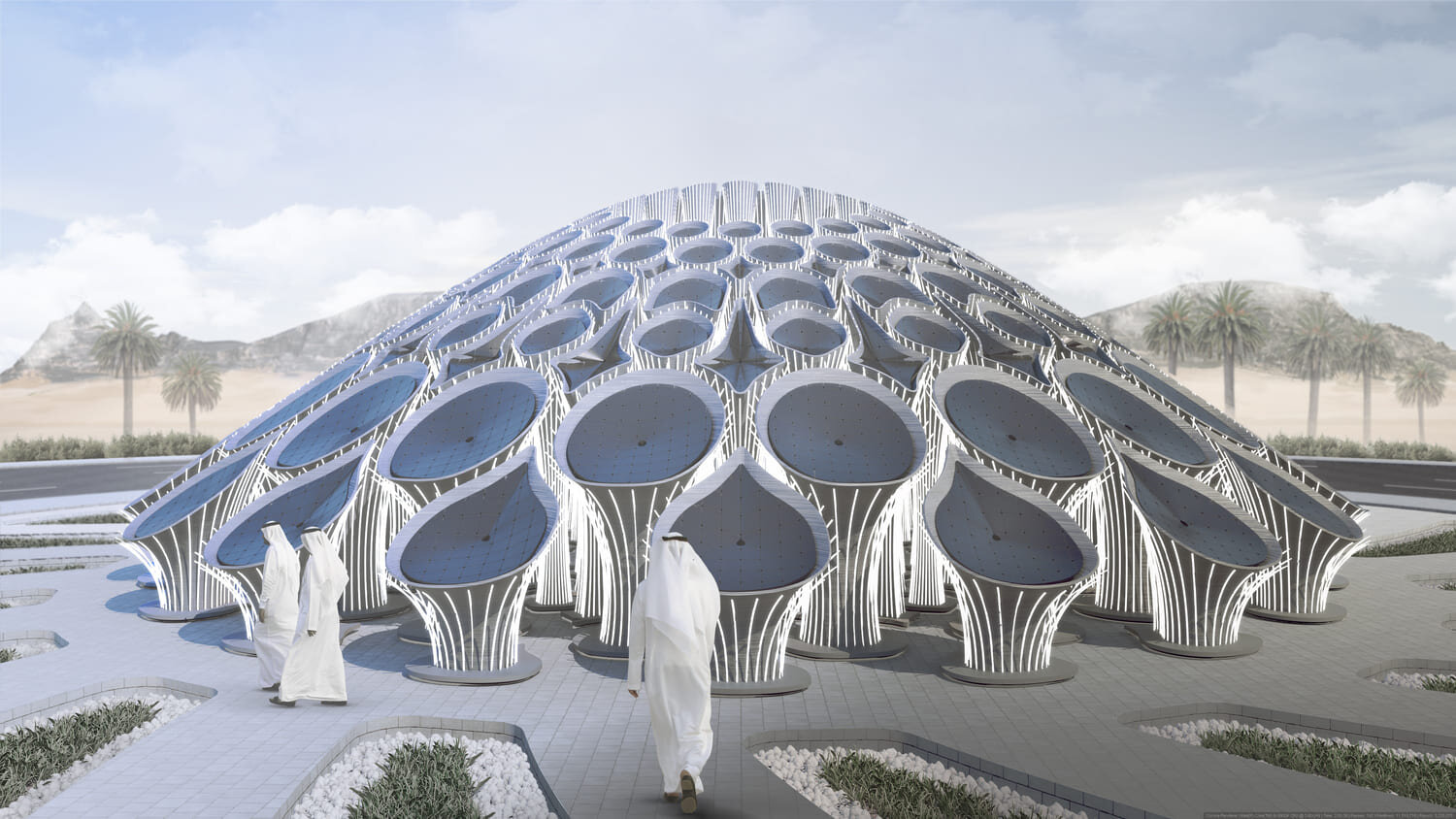 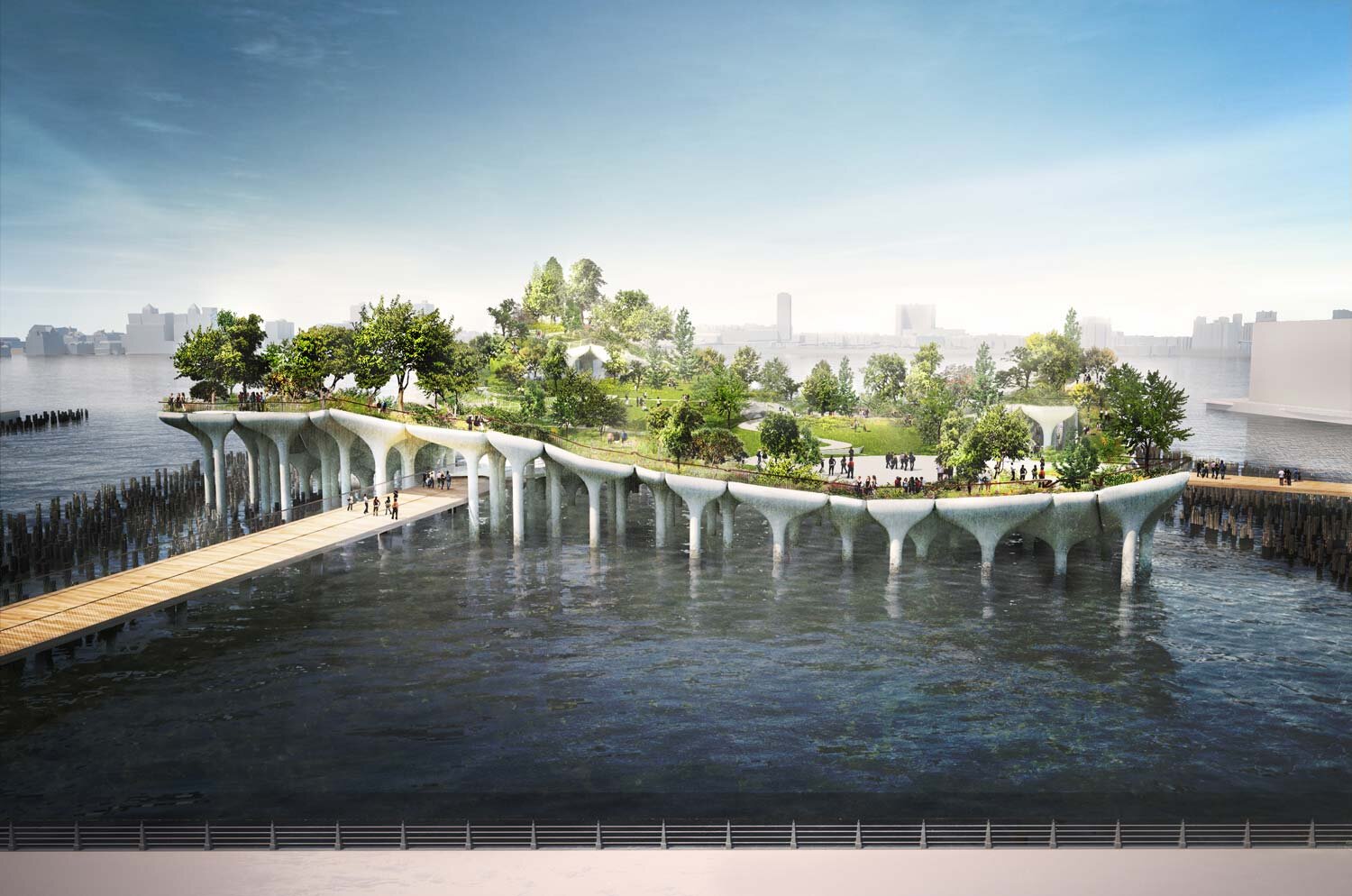 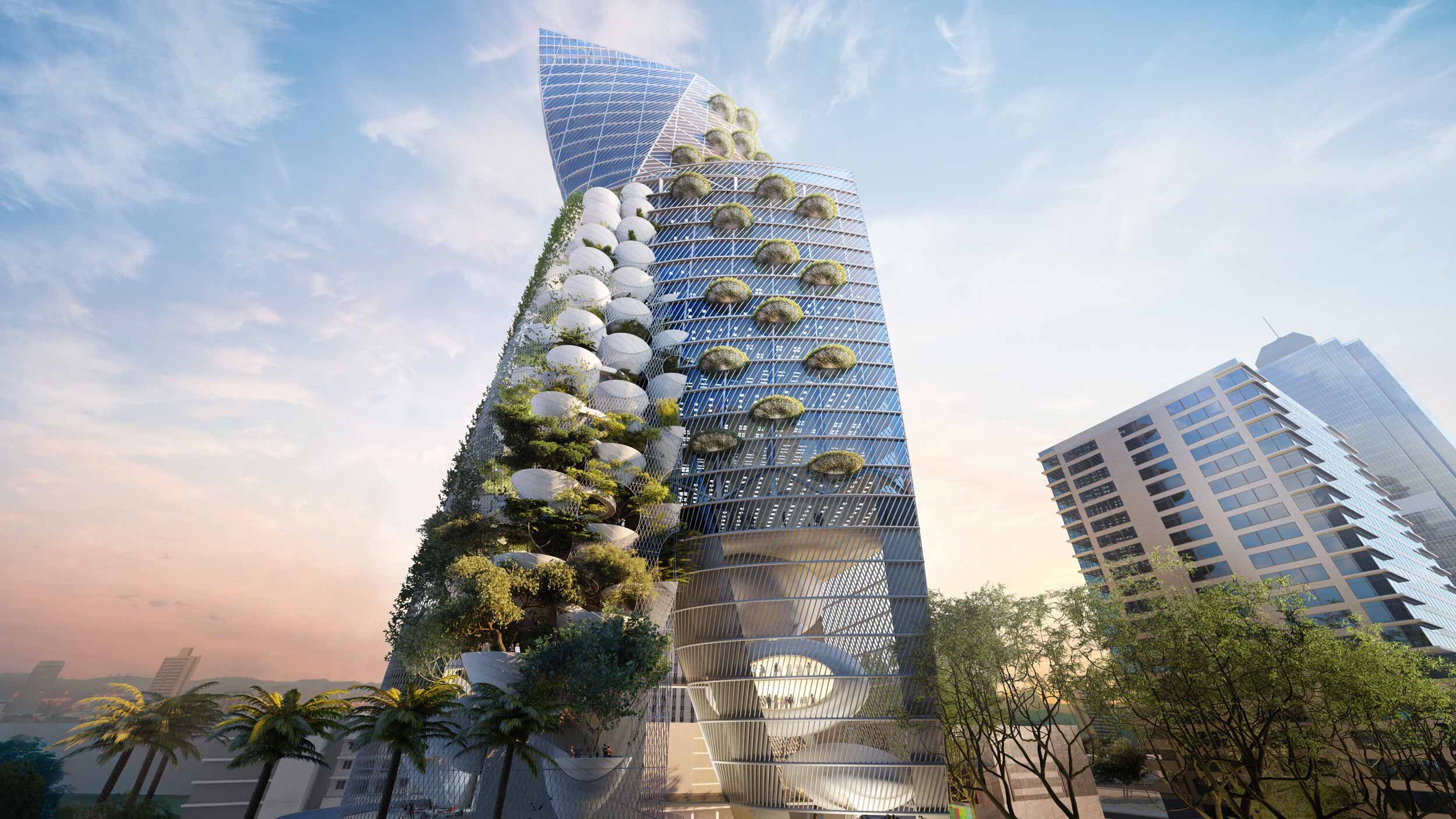 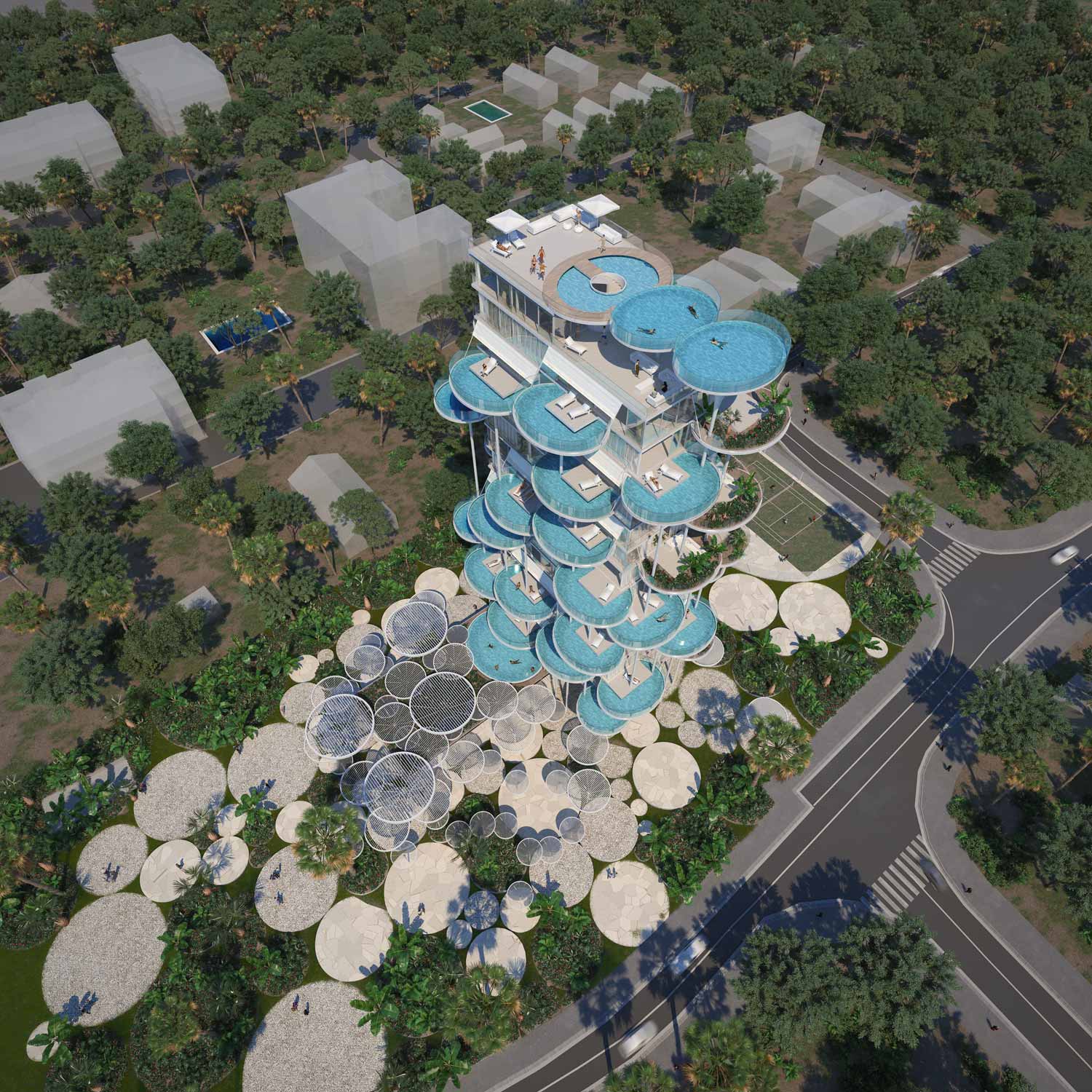