The Life Continues Within The “Plan B” Underground House

The task was to create a cozy and safe home in the depths of the Earth.

“If you don’t listen to the world with an open heart and mind, if you don’t pay attention to what’s going on around you, what the air smells like, what people say, the world starts dictating its cruel, cruel rules.” – the founder and creative leader of Ukrainian design, architecture, and ceramics studio, Serhii Makhno.

We offer you a short trip to a depth of 15 meters and below. There is an autonomous house, which competes with ground residences in terms of comfort and equipment. From the outside, Plan B resembles the entrance to a museum of modern art, or even to a military base. We tried to create a simple and concise form, which in all its perspective would speak of reliability, but also be aesthetically attractive, it would not intimidate and lets you in from both the ground and from the air. The massive concrete structure is equipped with three entrances and a helipad on the roof. It occupies only 172 square meters and can be placed either near the main house or, in our case, somewhere in the woods.

According to international recommendations, the upper floor is at a depth of 15 meters. Penetrating deeper our “pie” has the following layers: a living space, a floor with a water treatment system and generator, a layer of electrical equipment, and at the very bottom — a well.  The Plan B bunker has three exits, and the fire-resistant evacuation “ring” can be reached from almost anywhere. This is done in case of the event of danger inside the bunker, its inhabitants do not spend time getting out (especially given the floor area), but can immediately get to the evacuation route, for example, from the bathroom or gym. Of course, all systems in the Plan B underground building are autonomous. Water supply, sewerage, closed ventilation system with recuperation, intake, and air purification.

Whatever happens on the Earth’s surface, life in Plan B will continue. The systems will be developed in detail at the project stage together with specialized contractors. At present, we have developed a design proposal for the bunker, our own vision. The main building mass is reinforced concrete, the strongest duo, and the optimal cost. The doors are automatic but have the option of manual control. Directly next to the entrance to the bunker, there is a disinfection shield, behind it — a quartz zone. The main spiral staircase and elevator lead to the underground building, as well as two flights of spiral staircases for staff and loading stocks — so the flows are distributed and do not interfere with each other.

Let’s start with the fact that we have arranged a fish pool. In a separate room, there is a garden with Phyto-equipment, where you can grow vegetables and some fruits. Also on the living floor, there is a large warehouse of food. Staff rooms are grouped in a separate area. In the underground building Plan B, there is a separate room for medical care, with an isolator and a closed area for storing stocks of medicines. “Security comes first. My priority was ensuring comfortable sleep, temperature, quality food, water, and air. The rest is just for comfort,” says the studio’s chief engineer Olha Sobchyshyna.

The project proposal provides comfortable living for two or three families with children and staff with their families. If necessary, the project can be redesigned for a much larger number of people, but at this stage, we are interested in experimenting with the underground space in such a way as to create the illusion of being above the surface — as if you could look out the window and see the blue sky. Plan B has two master bedrooms, which consist of a sleeping area, an enclosed storage area for things, and a bathroom. The main task in designing both was to change the awareness of space and its boundaries.

Places of common use are as close as possible to how we used to live on earth. Here is a large dining table where all inhabitants can gather together. A library where you can stay alone, but where you will not be alone. A cinema with comfortable chairs, powerful acoustics, a 5D system, and a collection of the best films of all time. “We decided to make the kitchen professional — cooking can become a great new hobby. In any case, residents will be here quite often. And in general, I think that stainless steel for kitchen surfaces is a great solution not only for restaurants but also for living spaces,” says a co-author of the project, designer Oleksandr Makhno.

The decor here is again a green wall, author’s KHMARA clouds, and chrome Tetrapods around the perimeter. “For us, the task was extremely simple and difficult at the same time — to make the bunker a modern, cozy house,” says architect Oleksandr Bokhan. A living room with a large sofa is like a cozy metropolitan apartment. And outside the window, there is a real picture of daylight as it should be on the surface. It is created so that biorhythms do not get lost and there was no substitution of the feeling of day and night.

We paid a lot of attention to the areas for sports, recreation, and recovery. The physical and spiritual bodies are an integral unit, and when one feels bad, the other cannot feel good. Let’s start with the pool area. It is separated from the general sports zone by a screen and due to lighting it strongly differs in the mood. There is no daylight in the pool, the main source of light here is greenish lighting at the bottom of the pool. Bluish walls, islands of “earth” — it seems like you are swimming in the night sea, not in a soulless sports pool. The area of exercise bikes is filled with the same drive of disco halls: lighting and acoustics are appropriate here. The zone of multifunctional simulators is already a classic gym with daylight and concentration on achieving the set goals.

Thanks to such solutions, we create different scenarios, anticipating different moods: from meditatively drifting by in an imaginary sea to a hardcore workout on the back muscles. And once more we meet the rounding of the space, it doubles in the mirrors, the flow of walls into the ceiling — all in order to create a feeling of lightness, infinity. “We sought to create a space in which we would like to live, even when there is no apocalypse. Natural materials, the most preserved smells, textures, fibers,” comments an architect Maryna Hrechko. In the center of the cylindrical meditation room, there is a powerful beam of light, which allows you to change the light schemes on the ceiling. It can be a starry sky, rainy sky, or even sunbeams. 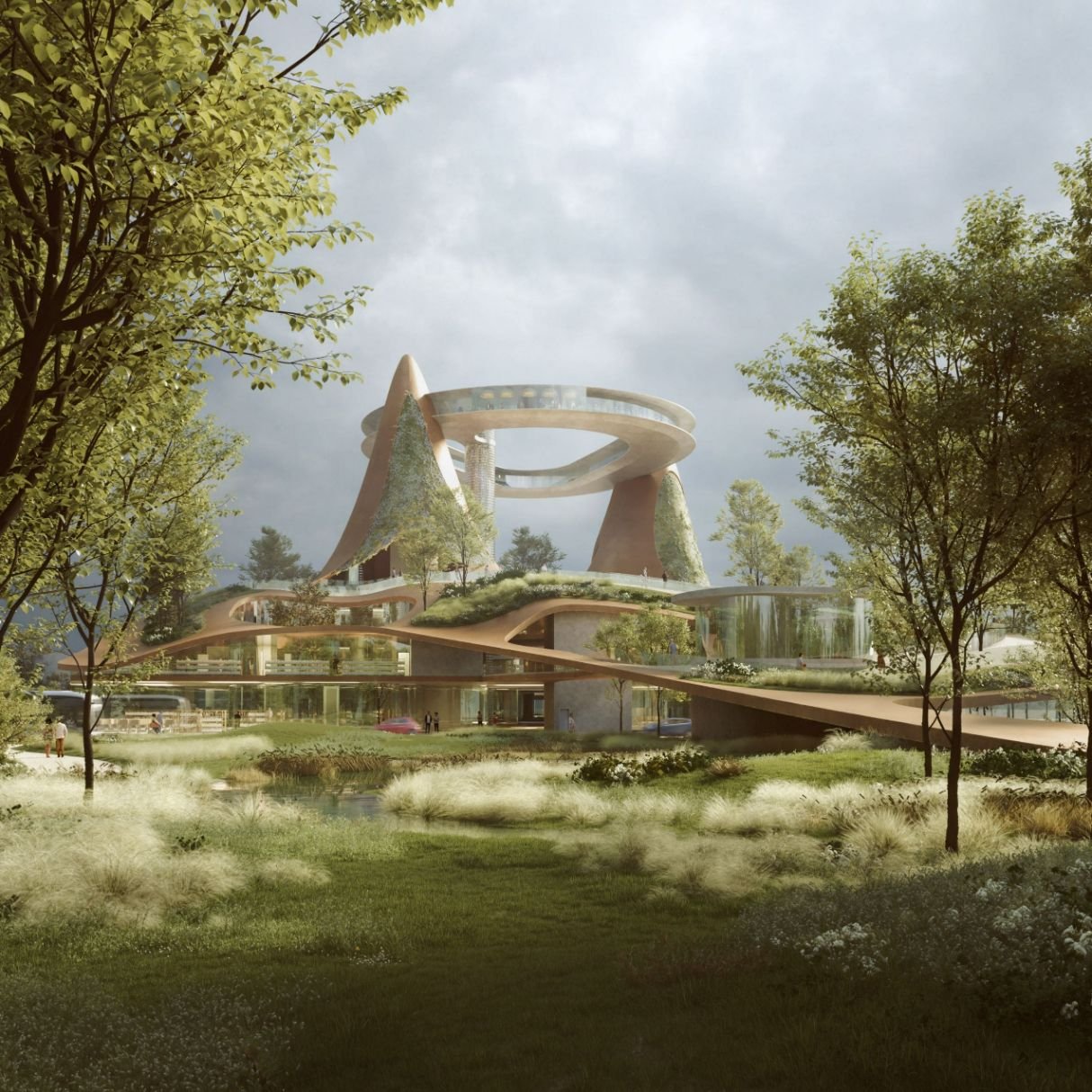 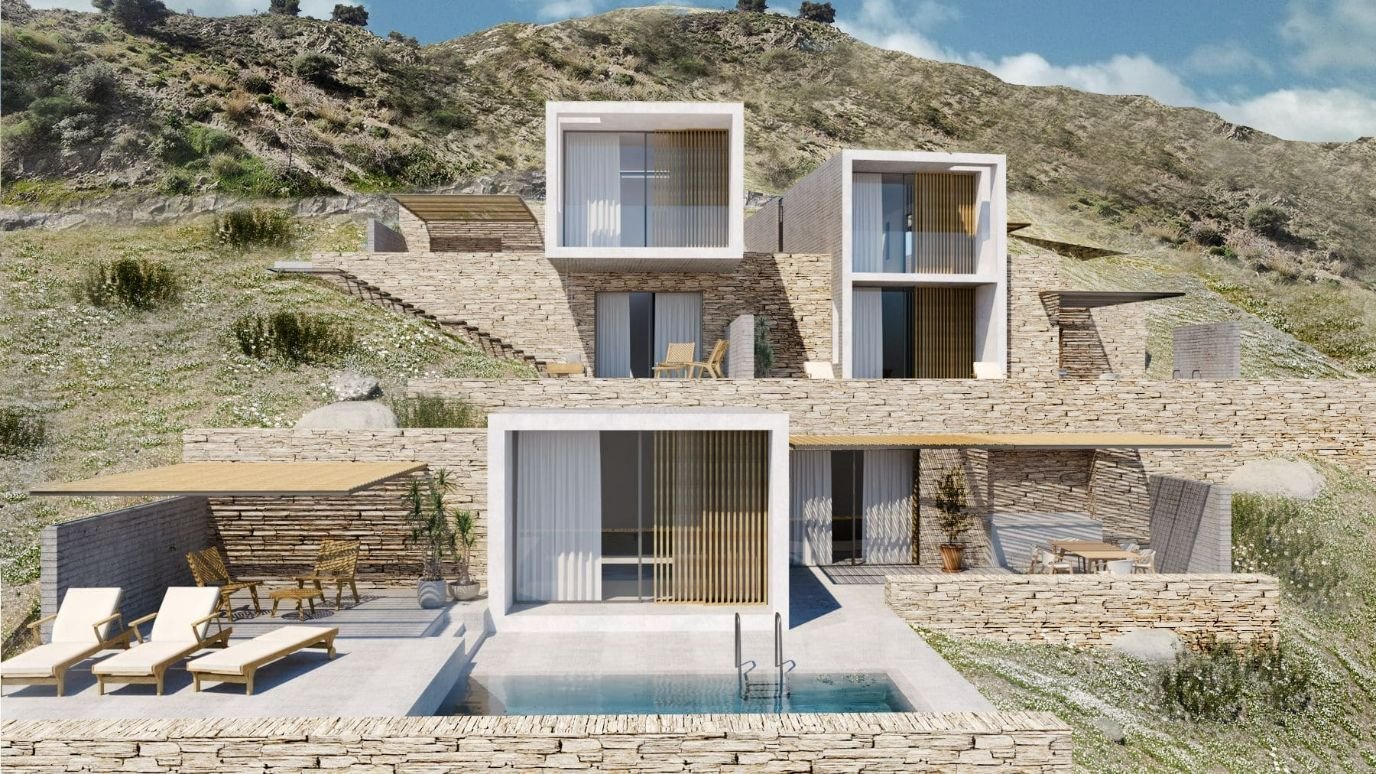 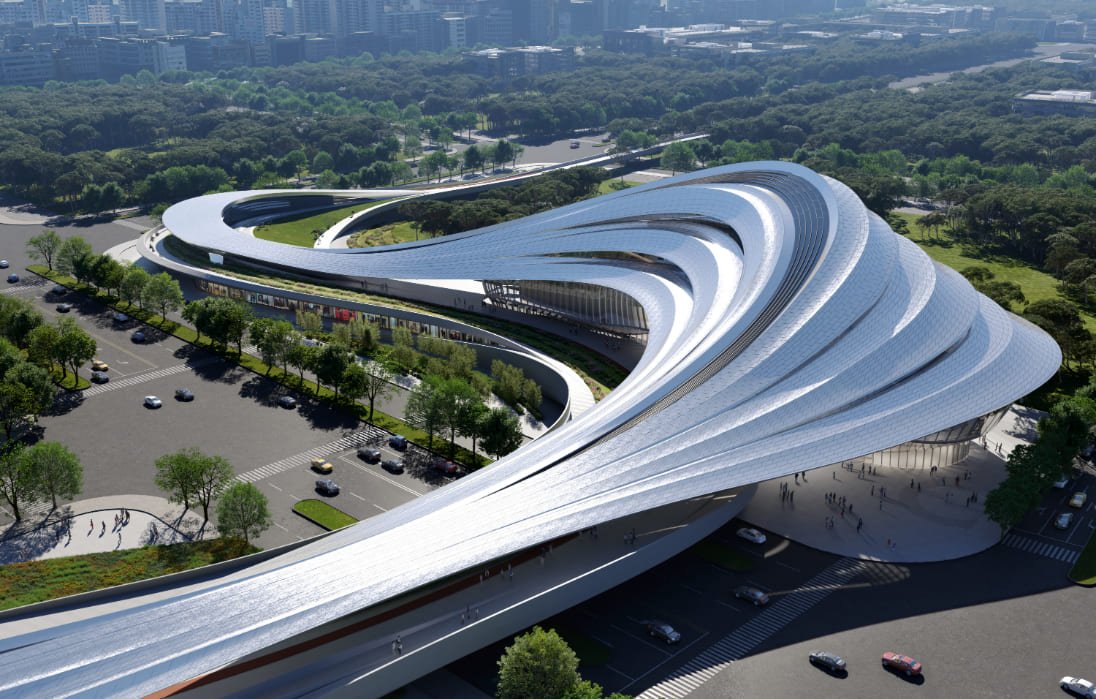 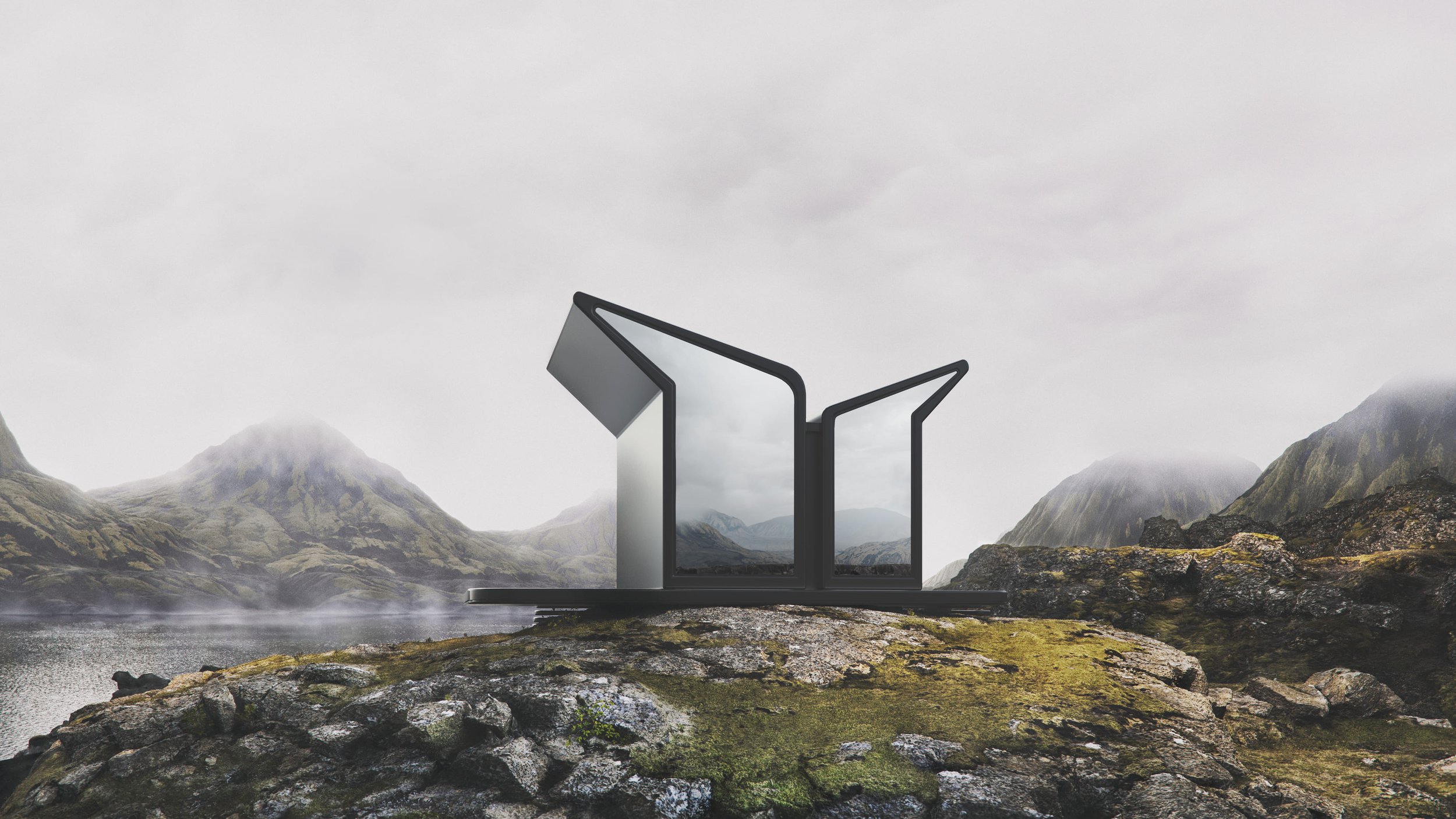 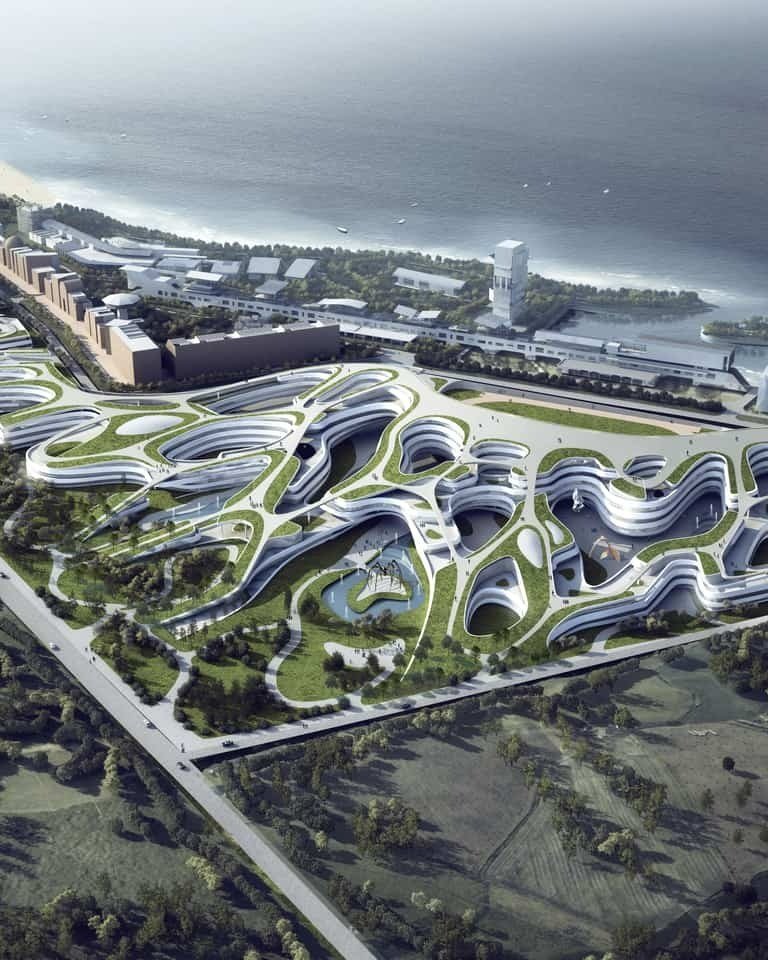