MVRDV has won a competition to redesign the Tancheon Valley and waterfront in Seoul with “The Weaves”, a design that knits together a tangle of pedestrian and bicycle paths, natural landscapes, and public amenities into an appealing, playful, symbolic landscape. Commissioned by the government of Seoul and planned for completion in 2024, the design introduces an intense combination of nature and human activity in the midst of the city.

In announcing the winner of the competition, the jury described how MVRDV’s design “shows great balance between ecology and the creative program, and offers an outstanding strategy to provide urban event spaces and resting areas to citizens, encouraging many different target users to take advantage of the site.”

Located between Seoul’s former Olympic Stadium in the Jamsil district and the rapidly growing central business district in Gangnam, the point where the Tancheon River joins the Han River is currently dominated by surface car parking and elevated highway structures. A kilometre-long stretch of the Tancheon River will be completely transformed by the design, as well as a significant stretch of waterfront along the Han River.

The central concept of “The Weaves” was to intertwine three aspects of the landscape: natural ecosystems, access for pedestrians, and elements of public program where activities can take place. The first step in this plan was to return the river to a more naturalistic state, replacing hard landscaping with lush green riverbanks, and changing the river from a straight canal to a meandering stream.

The design softens the banks of the river with carefully selected native vegetation, including aquatic plants at the river bank to further blur the boundary between land and water, as well as water retention pools, islands, and purification streams that all contribute to a healthy waterfront ecosystem.

The second part is the development of a network of winding interconnected paths that allow easy pedestrian access throughout the waterfront, creating opportunities for visitors to encounter the natural ecology in a variety of ways. These paths are not only confined to floor level, though, often peeling away from the ground to cross over other paths, form a bridge over the water or roads, or connect to a pedestrian route at a higher level.

This network incorporates existing infrastructure on the site: in response to the government’s plan to decommission and demolish sections of the site’s highways, MVRDV instead proposed to keep the structures and transform them, echoing the hugely successful Seoullo 7017 project that MVRDV completed in central Seoul in 2017. This tangle of paths also introduces the third element of the design, the park’s public programme. The paths overlap and intersect, split and recombine, twist and turn, and rise and fall to create plazas, viewing points, amphitheatres, cafés, and other amenities. The result is a public park with a dramatic three-dimensional character.

“Seoul is taking amazing steps to transform grey and obsolete infrastructure into lively green and social spaces”, says MVRDV founding partner Winy Maas, who also worked on Seoullo 7017. “The Weaves is a design that introduces natural landscape combined with exceptional, varied access. It also responds to the local identity. Jamsil is known for its history of silk production and the design recalls the tangled silk threads of its past in a unique and playful way. It becomes an intertwining poem where movement becomes landscape poetry.”

A highlight of The Weaves is the pedestrian bridge connecting the Gangnam district to the Olympic Park. A bundle of paths rise up from the river below to form a crossing that incorporates a viewing platform, a small tribune, and a media floor. This bridge leads to a path that cuts past the Olympic Stadium, curving around to eventually end at the “tree pier”, a diverging cluster of paths extending into the Han River.

Other notable public functions incorporated into the path include the Event Dome, a group of raised crossing paths that form a viewing structure and a semi-covered event space underneath; the family playground, where the path frays into many lines that form climbing structures, benches, and animal figures; and the Seoul Water Path, a section of path that extends out over the water of the Han River to spell the word “Seoul” in a looping script.

The design of The Weaves was completed with NOW Architect working as the local co-architect and Seoahn Total Landscape Architecture. Construction is expected to begin in 2021, with completion planned for 2024. 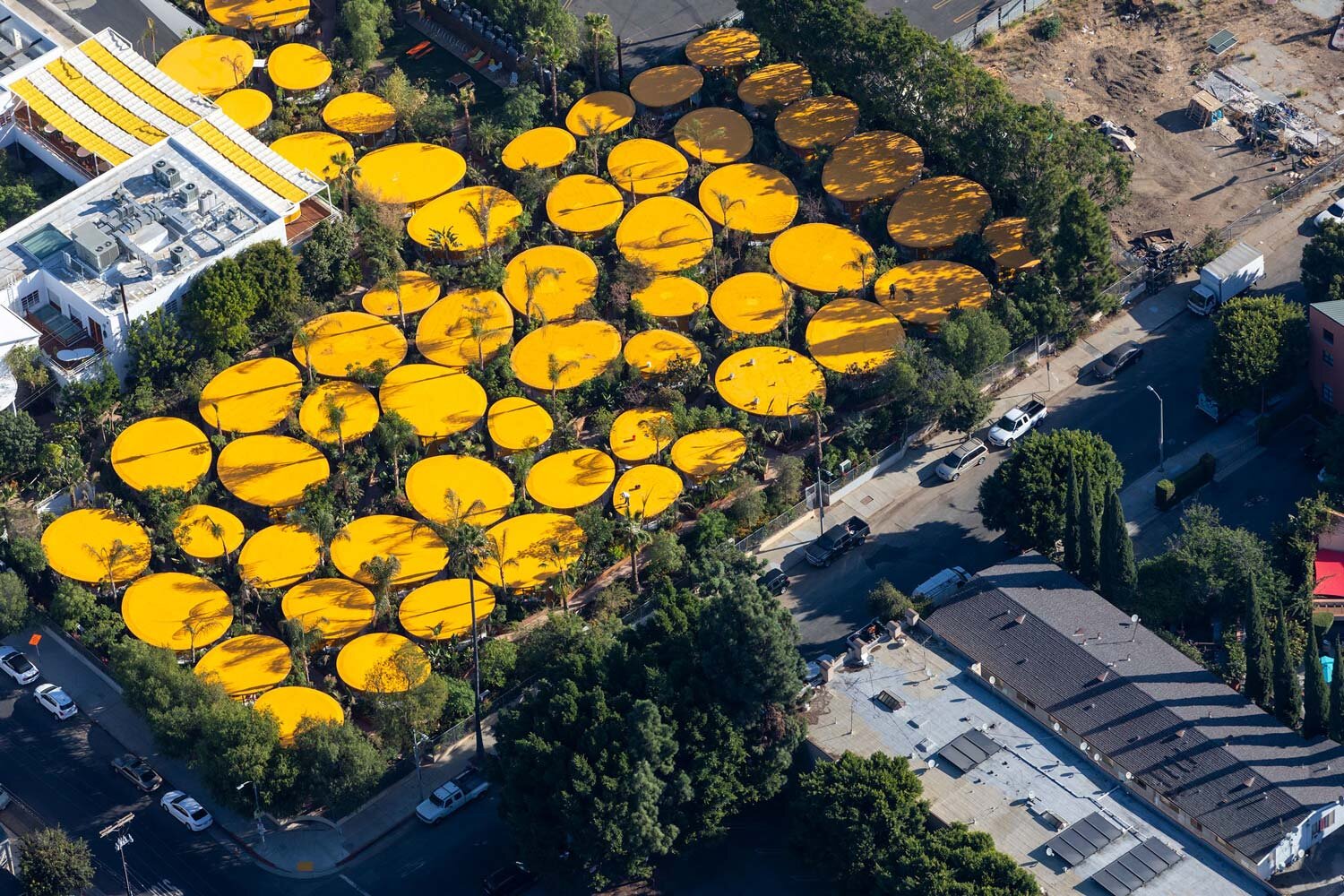 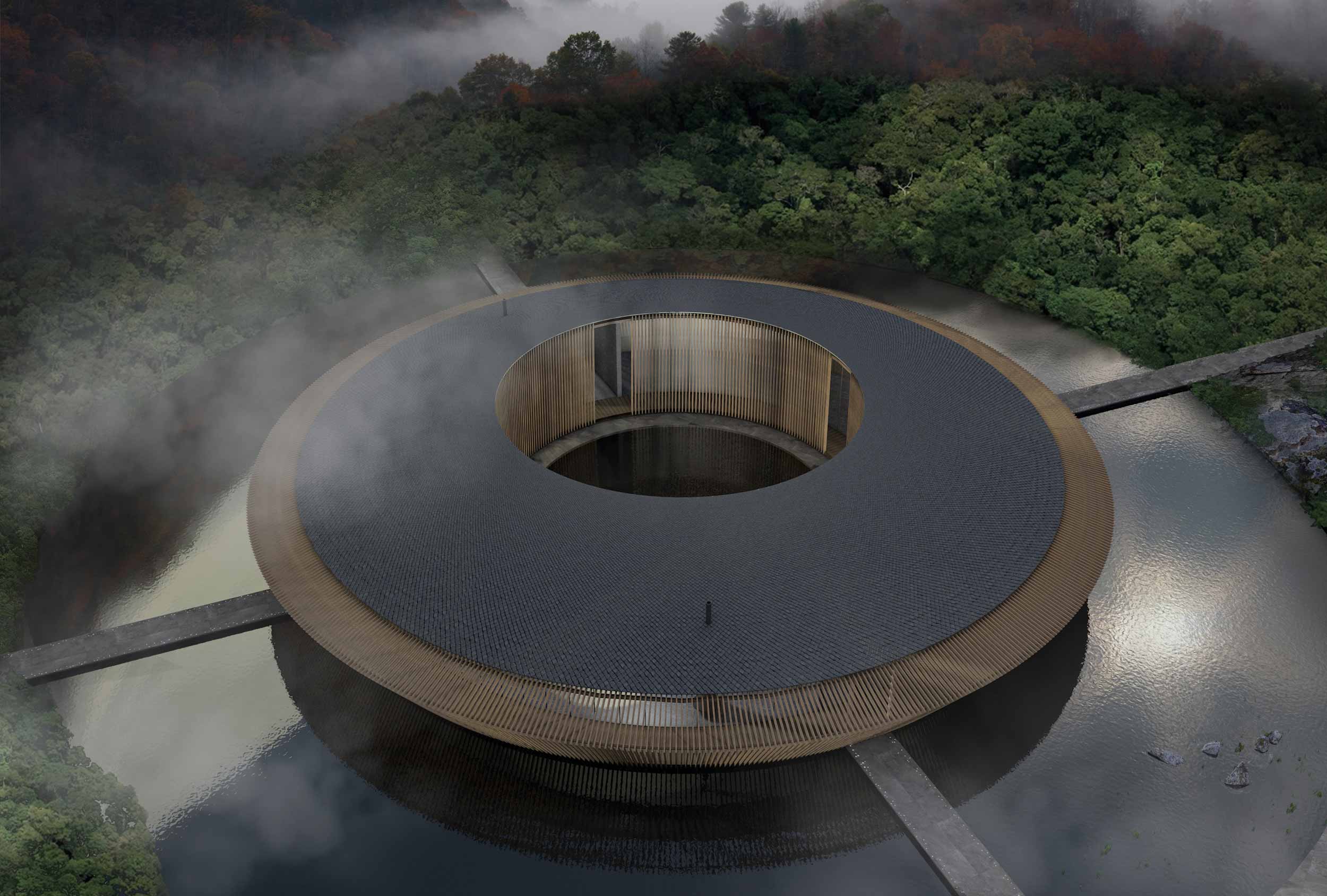 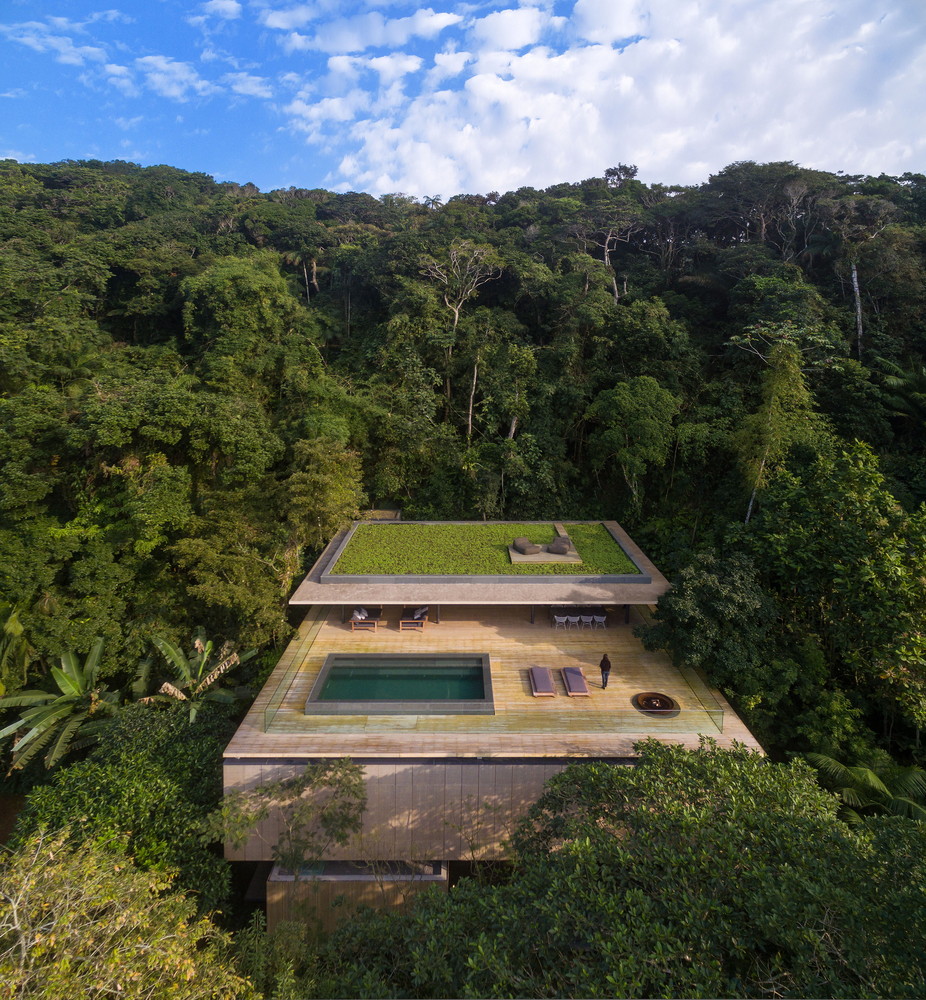 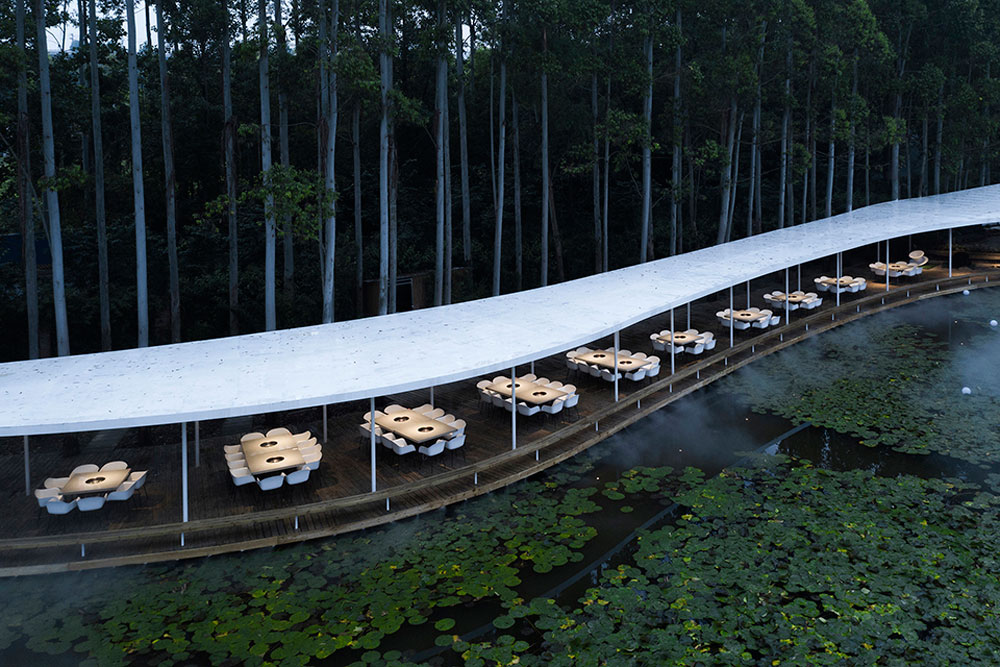 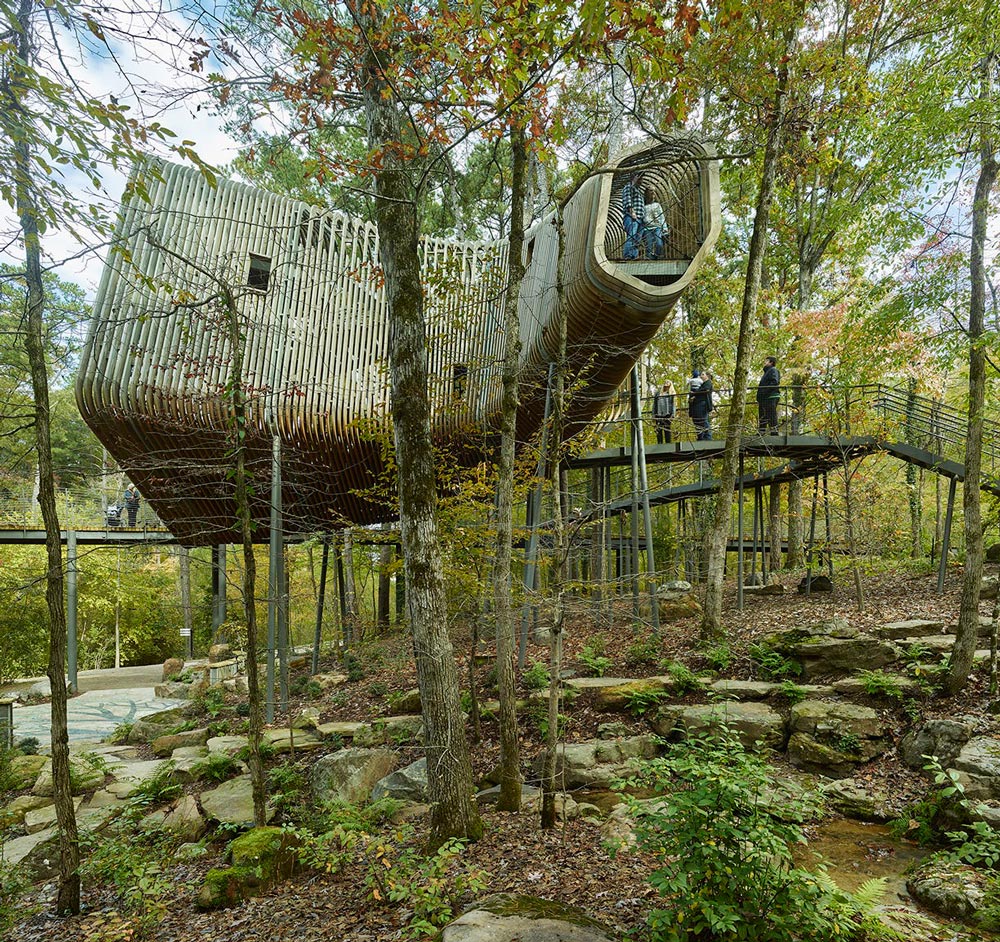